The original property was built in the late 1600’s and additional rooms added along the centuries to accommodate the needs of the family and their livestock. Once intended as a village home, the structure used to house small farm animals such as chicken, goats, sheep and even a mule. As the island became more industrialised with the ports employing men from villages such as Zabbar, the house became too large for the owners and eventually abandoned to the mercy of time.

The current owners purchased the property in 2016 and undertook the laborious and meticulous job of restoring it. Whilst the conversion had to host six guest rooms, a kitchen with adjacent breakfast area, and a swimming pool with deck area, all the rural architectural heritage of the original structure had to be preserved.

Amongst the items on the “must preserve” list was a lemon tree planted in the centre of the courtyard. This is how the Villa got it’s name.

Today the Villa offers guest rooms that feature quality amenities set between rustic limestone walls. Guests can enjoy the past heritage without compromise on comfort or technology.

The restoration works started in March 2016 and lasted 10 laborious months. The property had been abandoned for many years and all the walls had been covered with plaster and oil-based paints.

Works started with a thorough clean-up, necessary before any heritage assessment could be carried out. We discovered that there were two wells under the property – one has it’s opening beneath the current bathroom in room 2, and another just beneath the pool deck in the garden. Both were preserved and are used to collect rainwater.

As designs were being finalised, walls were being cleaned from decades of plaster, and the wooden-beams supporting the limestone slabs in the ceiling were treated or replaced.

The bedroom furniture was commissioned to a local craftsman whilst other pieces of furniture up-cycled from the existing and similar properties. Tiles were shipped from Italy and laid down to form the floors and bathrooms.

The end product you enjoy today is nothing but the result of many hurdles elegantly and cunningly tackled by a team of hard-working contractors who worked together with the design team to provide comfortable rooms with minimal interference with the heritage of the place. 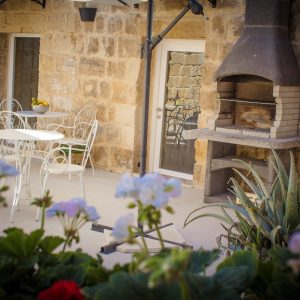 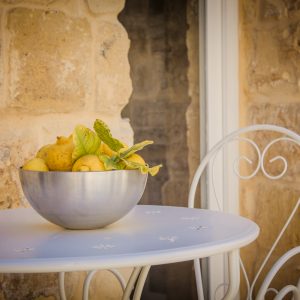 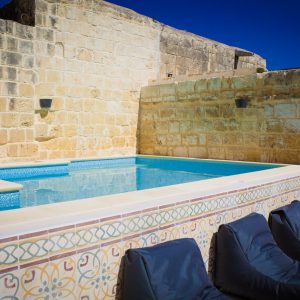 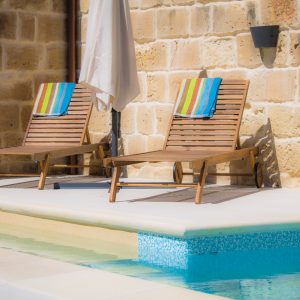 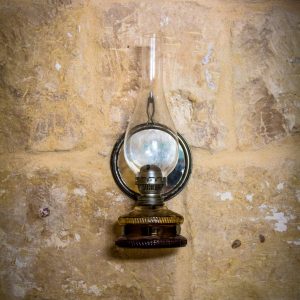 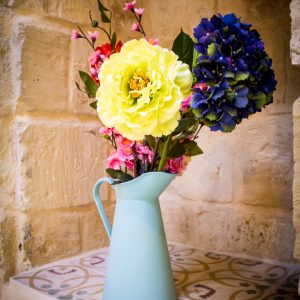 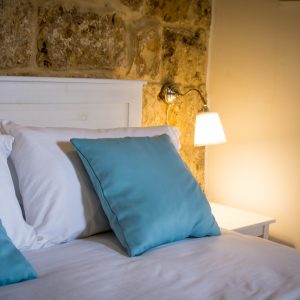 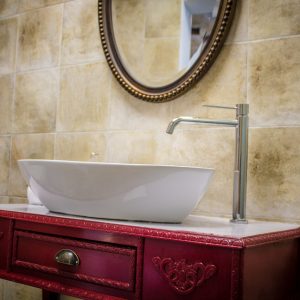 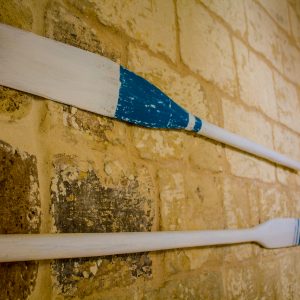 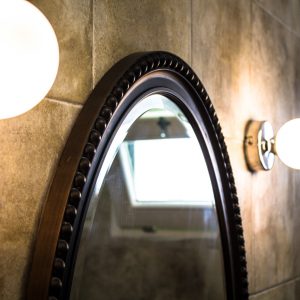 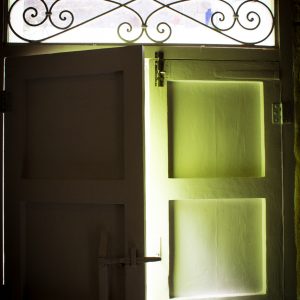 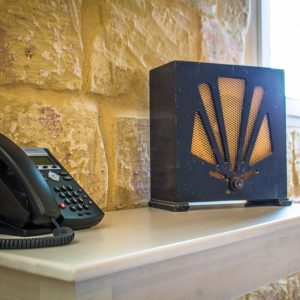 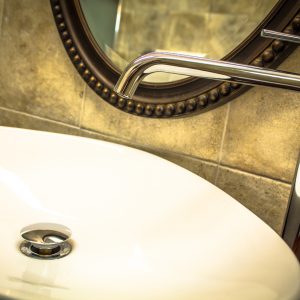