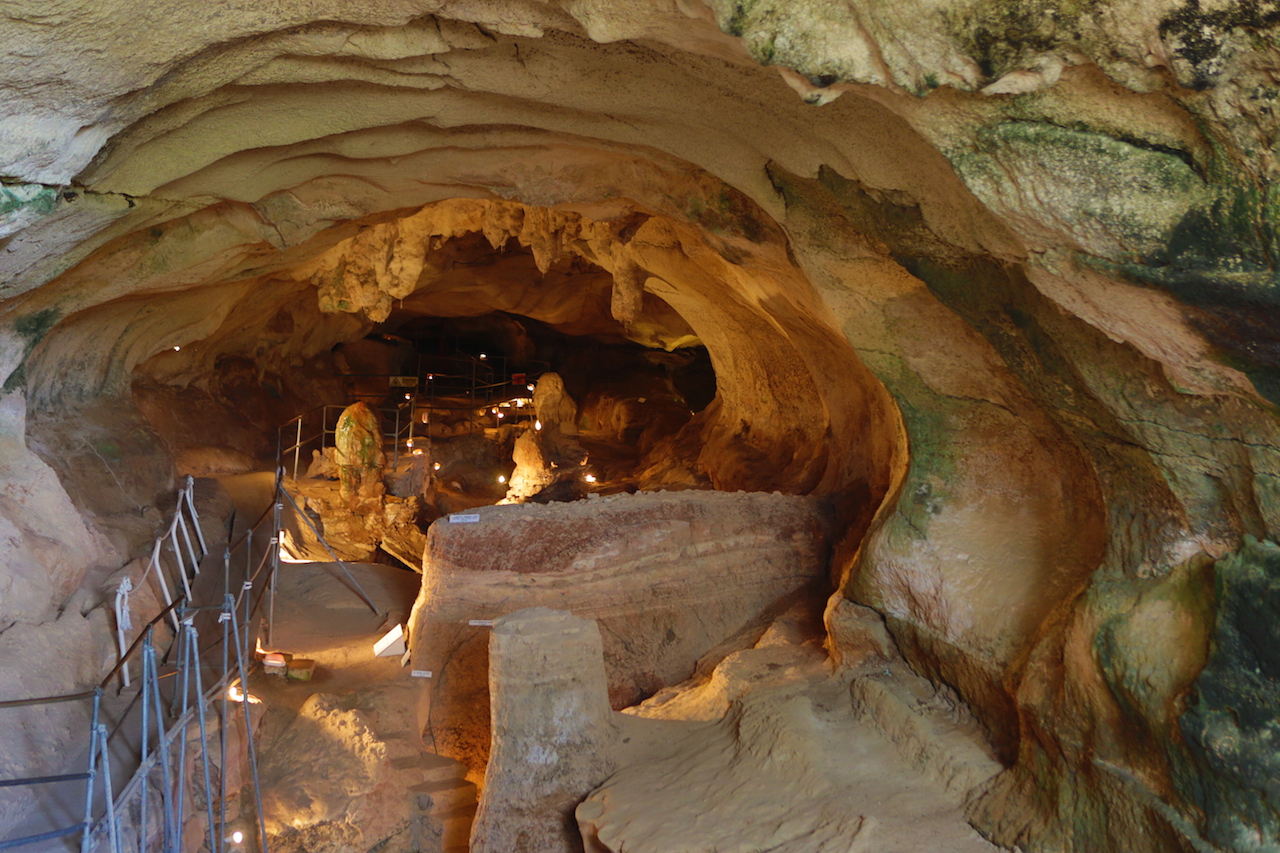 Journey to the Centre of the Earth

What if we had to tell you that you could enter a cave that takes you back half a million years where you could see fossils of ice age animals as the the dwarf elephant, and the remains of neanderthal men?

Although this may sound much like Jules Verne’s science fiction novel, such a place does exist and it is a cave in the seaside village of Birzebbuga.

The Cave of Darkness or how it is knows locally as Ghar Dalam (aar-da-lam) is a 145m-long cave into the sedimented crust of the earth. The lowermost layers of the cavern, over 500,000 years old, yielded remains belonging to dwarf elephants, hippopotamuses, micro-mammals and birds.

The animal fossils found at Ghar Dalam are all of European type and strongly suggesting that Malta was once joined to Italy. It’s also where the first signs of human habitation on Malta, from 7400 years ago, have been discovered, with remains including pottery dating back to 5200 BC and neanderthal teeth found in the top layer.

The entrance ticket to Ghar Dalam is just €5.00

The cave is open to the public from Monday to Sunday between 09.00 – 17.00hrs (with last admission at 16.30hrs). For more information visit Heritage Malta.