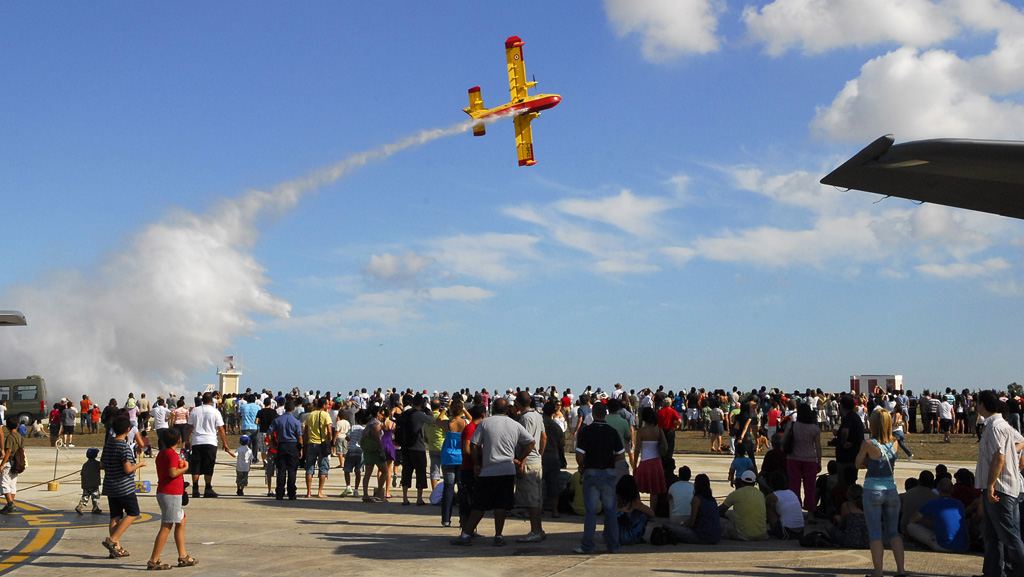 The Malta International Airshow is the result of strong lobbying from the Malta Aviation Society for many years until approval was given to hold the first display in September of 1993. Held over the magnificent Marsamxetto Harbour with its surrounding bastions, the public was entertained to a spectacular aerial display culminating with the Patrouille de France giving their first display in Maltese skies. Another show stopper was the German Air Force ‘Luftwaffe’ F-4 Phantom with its various low passes over the water.

Twenty-five years have elapsed since the very first proper airshow held in Malta and the event has grown both in numbers as well as quality. Over the years, the Malta International Airshow has attracted many interesting aircraft including Israeli F-15s and F-16s, Czech L-39, Italian F-104s and Do-228, Ex-Israeli A-4 Skyhawks, US Navy F-14, EA-6B, S-3s, F-18s, Tornados, B-52, B-1B, Spitfire and Hurricane plus most of the European national display teams including the Red Arrows, Patrouille de France, Frecce Tricolori, the Spanish team Patruila Aguoila, Swiss PC-7 Team, Breitling Jet Team, and many other types of aircraft from all over the world.

The Malta International Airshow 2017 will be held on September 23-24. Static display will be at Luqa while the aerial display will take place at SmartCity Malta in the afternoon.