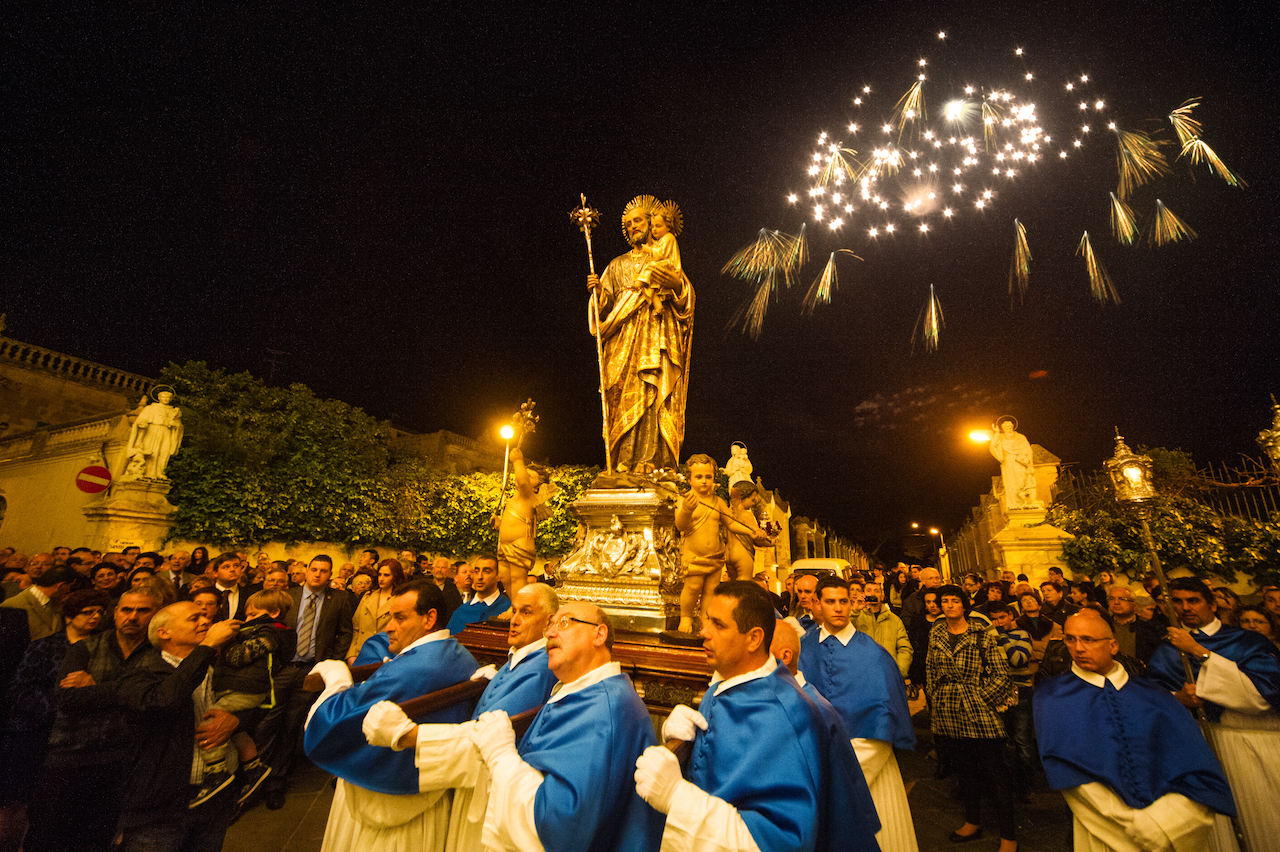 Traditional Feasts in and around Zabbar

Lemon Tree Bed & Breakfast lies close to a number of important and colourful feasts – or “festa” – the traditional week-long local festivities in honour of the village’s parton saint. The Festa is a very important aspect of Maltese culture that brings together different art forms, religious rituals, culinary specialities and colourful outdoor celebrations!

In Zabbar, festivities reach their culmination on the first Sunday of September (10th September 2017). As the community celebrates the feast of Our Lady of Graces, the skies get filled with artisan fireworks and the streets with crowds of devotees.

But the village feasts start earlier in the year! A few kilometres away from Zabbar, in the village of Ghaxaq, the locals come together to celebrate one of the 2 village feasts on 4th June. On the 18th of June 2017, the neighbouring village of Zejtun has one of the most vibrant festa‘s as they celebrate their patron Saint Catherine. On the same week, Mqabba celebrate Our Lade of the Lily with world-renowned fireworks.

On the second weekend of July (9th July 2017), the feast of Our Lady of Mount Carmel is celebrated in Fgura while on the following weekend, 16th July 2017, Tarxien and Kalkara have their own festa‘s. Then again, if you happen to be on the island on the 23rd of July 2017, head towards the fishermen’s village of Zurrieq where you can join the marching band as they welcome Our Lady of Mount Carmel in a procession around the village.

Down the road from the Lemon Tree Bed & Breakfast in the seaside village of Marsaskala, people from around the area gather on the 30th of July 2017 to celebrate the feast of St. Anne. On the same evening, in another seaside village close to Zabbar – Marsaxlokk – families join the locals in this small but quant celebration for Our Lady of Pompei.

In August, guest may opt to head down towards the Three Cities to celebrate the ancient feast of Saint Lawrence in the walled city of Vittoriosa on the 10th of August 2017.

On the 15th of August, the skies over the island are filled with colour and sparkle as fireworks from 8 villages celebrate The Assumption of Our Lady on the same night. This is by far the most important festa on the island as it also coincides with the arrival of the long-awaited convoy in 1942 when Malta was besieged and almost brought to surrender during WW2. An interesting celebration of this feast falls a few days later on the 19th August 2017 on the small island of Comino.

On the 27th August 2017, Vittoriosa (Birgu) lights up again in festivities as they celebrate another patron saint: St. Dominic.

Gudja is a small village with a very active community. In October the community in Gudja gathers to celebrate 2 festa‘s – Our Lady of the Rosary on the 1st of October 2017 and Our Lady of the Girdle on the 19th.

Although most of the feasts are celebrated during Summer, some keep on going right through December. Amongst the most important is the feast of the Immaculate Conception, celebrated in Cospicua (Bormla) on the 8th of December.